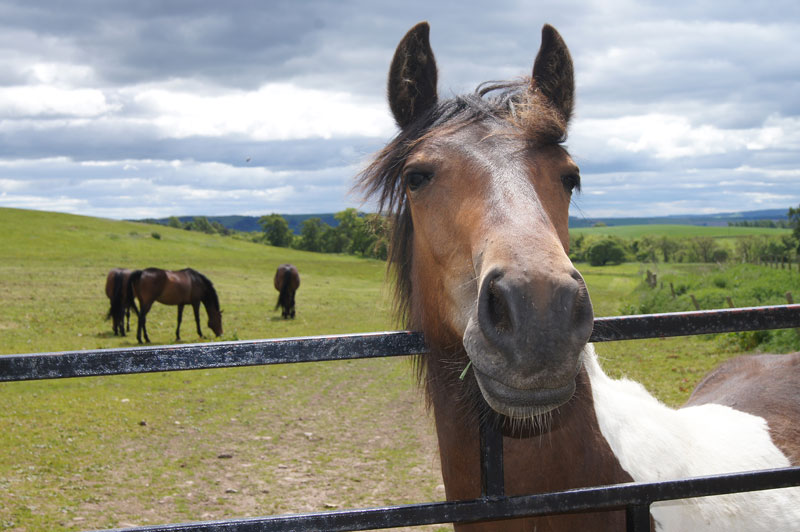 On 27th January 2015 at 1am, following over 30 months’ work, Redwings Horse Sanctuary merged with Mountains Animal Sanctuary in Scotland.

We are delighted to welcome Mountains and its 85 horses, ponies and donkeys into the Redwings family.

The sanctuary based in Forfar shares our passion for the care and protection of the UK’s horse and donkey population, as well as a similar heritage, having – like Redwings – celebrated their 30th anniversary in 2014, so this merger really is a meeting of two minds. The merger is also the first of its kind under new charity legislation governing mergers between English and Scottish charities so it really is an exciting milestone in both of our histories.

As well as providing a place of sanctuary for equines in need, Mountains also has 53 horses living out in Guardian homes, meaning that as an organisation Redwings is now responsible for over 2,000 horses, ponies, donkeys and mules.

Among the residents newly taken under our “wings” is Gibson Fraser – a foal who arrived when he was just two days old having lost his mother soon after his birth. Named “Fraser” in honour of Mountains founder Alan Beaufort Fraser (1930-2010) – a man who had a remarkable career from being a racing driver and developing the Fraser Imp competition car, to becoming the chairman of the RSPCA in Gibraltar and pursuing his lifelong love of animals in establishing Mountains – the new born foal was given 24-hour care by the sanctuary staff.

Requiring feeding every hour, around the clock, it soon became apparent that this little Cob x New Forest was in need of a foster mare. Enter Maggie, a 15-year-old black Welsh, who after a brief introduction took a shine to Gibson and was eager to take him on as her own.

This happy tale doesn’t end with Gibson and Maggie however. Prior to Gibson’s arrival, Maggie lived at the sanctuary as a bonded pair with a 12-year-old Cob called Nico. Although contented with Gibson, Maggie appeared anxious about being separated from Nico, so he was invited to join the family too!

With 85 more rescued horses, ponies and donkeys to provide for, your support is needed more than ever before. More horses means more feed, hay, bedding, water buckets, rugs, medication, veterinary treatment, farriery and of course love!