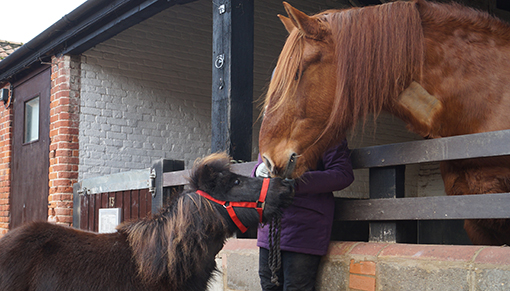 A miniature Shetland pony suffering from a serious systemic condition has been saved thanks to the brave actions of a Suffolk Punch.

In November, little Io was admitted to the Redwings Horse Hospital at our headquarters in Norfolk after her carers noticed that her face had swollen.

Tests undertaken by our vet team revealed Io was suffering from severe hypoproteinemia caused by an abnormally low level of albumin in the blood and was in need of an urgent plasma transfusion.

The hunt for a suitable blood donor immediately swung into action, but luckily help was soon on hand… or should that be hoof?!

Handsome Suffolk Punch Stanley was staying in a stable just around the corner, keeping his best friend Wilf company while he received extra TLC for some lameness issues. As a healthy heavy horse who was not taking any medication, he was the perfect donor! 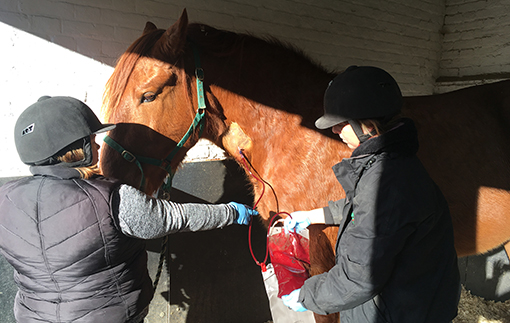 After Stanley bravely donated six litres of blood in the morning, the vet team quickly set to work separating out the protein-rich plasma and by the afternoon they were ready to give Io her much-needed transfusion.

As the transfusion slowly continued into the evening, members of the team sat with her checking that she did not suffer any adverse reactions. 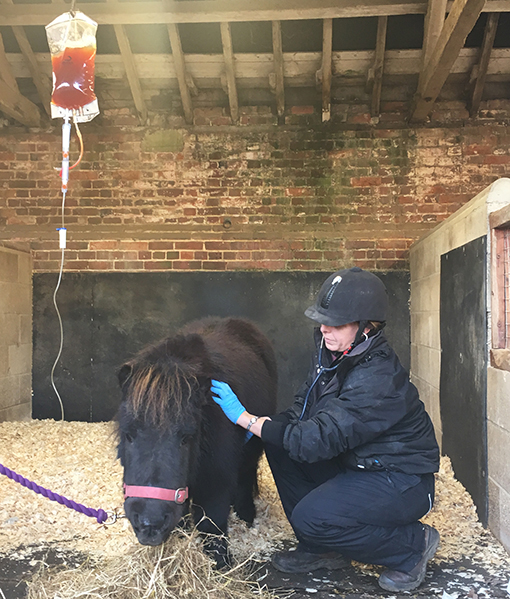 Happily, by the next day, Io’s protein levels had started to increase, the swelling in her face had reduced and she well on her way to returning to her happy self. A few days later she was even feeling well enough to pay Stanley a little visit to say thank you. Aw!

Redwings vet Dawn Trayhorn, said: “Stanley is a hero! He really saved the day and I think he’s earnt himself a special place in Io’s heart, as well as ours!

“We’re very lucky to have the facilities and equipment at Redwings which enable us to react quickly when an emergency arises. In Io’s case, she needed an urgent transfusion and we were able to collect blood, process it and give her the plasma she desperately needed within hours.

“None of this life-saving work, or any of the care we provide, would be possible without donations by our kind supporters, so thank you from all of us and Io!”