The many adventures of Paddy! 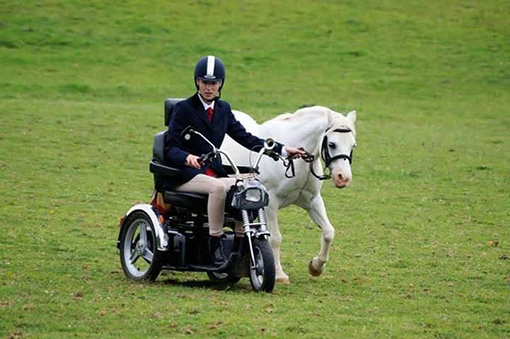 Many rehomed rescue horses go on to become much-treasured members of the family.

Here we tell the story of Paddy, who was originally rescued by the Society for the Welfare of Horses and Ponies (SWHP) and rehomed to his Guardian Samantha 16 years ago. Following the merger between Redwings and SWHP in 2019, Paddy and Samantha became part of the Redwings Guardianship Scheme family.

Having celebrated his 22nd birthday in January we caught up with Paddy and Samantha to find out about the many adventures of this very special rescue pony and the people who love him.

Paddy for blog (with Samantha).jpg 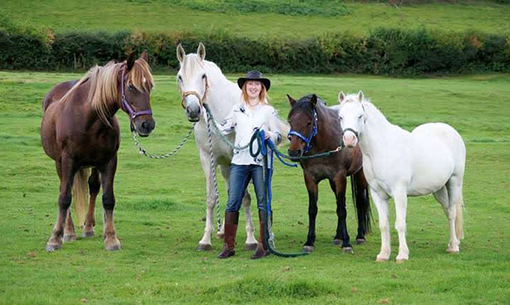 Paddy (right) with Samantha and her other horses

Samantha and Paddy’s story started when Samantha was looking for a companion for her mare, and a pony that her horse-mad niece could love, cuddle and maybe ride. Having spotted an advert for SWHP and the ponies they had available to rehome, Samantha, her sister and her niece travelled to meet them.

Samantha said: “We journeyed to SWHP to meet two ponies and were introduced to this young, grey, hairy monster who I swear was grinning at me! He had been in a couple of homes but had returned with a bit of a reputation for being mischievous and cheeky, but my niece loved him, and he didn’t put a foot wrong so it had to be Paddy!”

Paddy and niece for blog.jpg 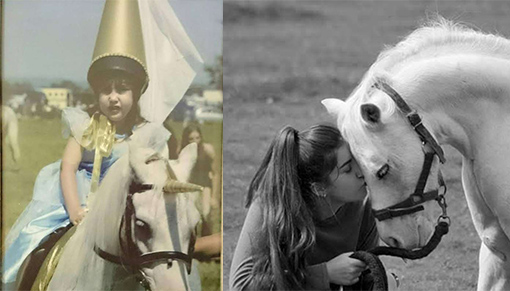 Paddy and Samantha's niece - a bond that has lasted a lifetime

SWHP rescued Paddy as a youngster after he was found tethered on a verge outside a supermarket in Cardiff. He was in very poor condition and had a very heavy worm burden. Once in the care of SWHP Paddy made a full recovery, before moving to a foster home.

Samantha continued: “When he arrived, he was very cheeky. He chewed everything like a puppy and we ended up buying him a rope dog toy to hold, to save him always trying to hold onto the lead rope. To combat some of his cheekiness and his food orientation, he got me into clicker training and he inadvertently taught me to be a better horsewoman.

“He was a lead rein pony for my niece as well as an all-important companion to my mare – and all-round pet to us all! He has done a bit of in-hand showing with my friend Nic (pictured top) as well as in-hand agility. He entered an agility competition with my not-so horsey husband and they only went and won! My husband has never let me forget it! 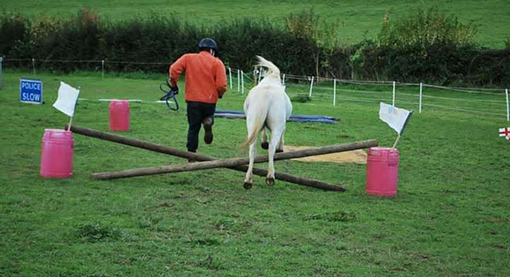 “I swear he is a Welsh cross hippopotamus! He will tip water buckets over to make himself mud to wallow in! Then, one hot day I went to the field and he had got in it and was happily bathing in the trough, up to his belly.

“I could spend hours telling you about the cheeky things he has done! If there was an emoticon for Paddy it would be the eye-roll as in “really Paddy, again?!” He has no comprehension of the fact he is now 22 and supposed to be sensible! Just yesterday he was showing off to our vet by doing his Spanish walk – all in the hope he’d get a treat!

“He’s brought so much happiness to so many people. He is an absolute cracker, and I swear he’d move into the living room if I let him. I have no intentions of ever parting with him, it would be like giving away my dog – I couldn’t imagine my life without him.” 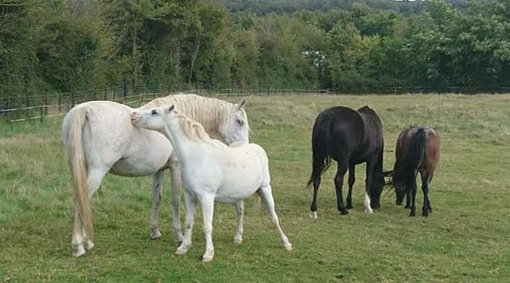 Paddy (front) and his four-legged family

If you think you could offer a loving home to rescued horse then please click here.