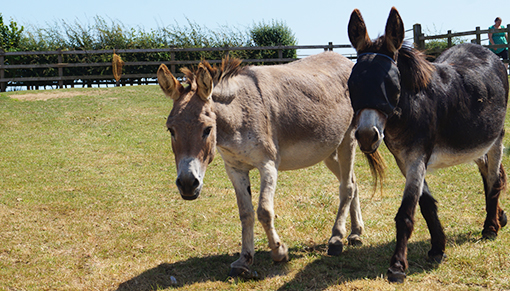 We have exciting news for fans of long ears – two new donkeys have moved to our Aylsham visitor centre, bringing the total number of long-eared residents to six!

Donkey duo Iris and Mabel became best friends after arriving at the Sanctuary at the same time back in August 2018. Iris had sadly lost her companion, and with donkeys forming very close bonds to their friends, Iris’ owner became concerned about her welfare while Mabel’s owner was struggling with the care of her and her cob companion Luca. After Mabel was introduced as a new companion to Iris, the pair instantly bonded and have been inseparable ever since – it was a match made in heaven! 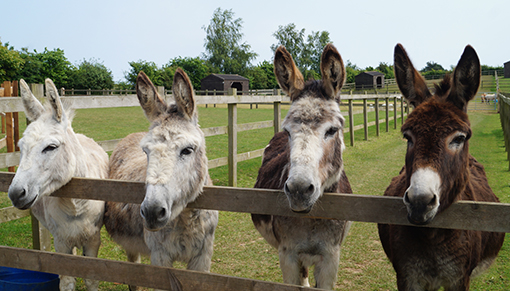 Mabel and Iris make the fifth and sixth members of the donkey group, alongside Adoption Stars Wiggins and Wacko, and fellow residents Derek and Harry (all pictured above). The six are getting to know each other over the paddock fence for now, but we hope the girls will later be able to join the boys to become a larger group.

If you’re visiting Redwings Aylsham, make sure you stop to say hello and welcome the two new arrivals to the centre!

Redwings Aylsham is open every Friday, Saturday, Sunday and Monday, 10am – 4pm. Entry is free and dogs on leads are welcome too!