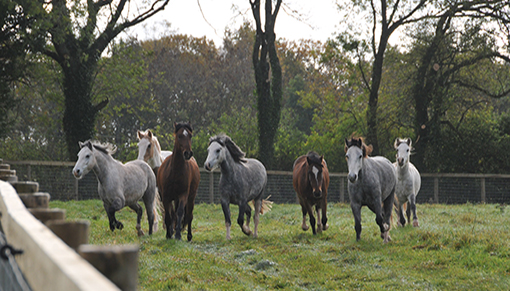 Redwings has announced a major development in its operations following the completion of a merger with Welsh charity SWHP (Society for the Welfare of Horses and Ponies) and the establishment of a new centre in Monmouthshire.

The merger became official on 1st February 2019 and will see the new centre taking the name Redwings SWHP. The SWHP charity, which was previously based at a site in St Maughans, Wales, has been carrying out vital welfare work for over 40 years and housed more than 60 rescued horses and ponies with about 250 more out on loan.

The former site of SWHP was not sustainable as it was the home of the founder and former chairman Jenny MacGregor MBE who very sadly passed away in November 2017. Mrs MacGregor and her late husband Alasdair ran the charity from their home for many years and were a real driving force in the animal welfare world. Mrs MacGregor originally began negotiations to merge with Redwings Horse Sanctuary back in 2012 and was fully supportive of the two organisations coming together.

Redwings has now purchased a new site close to Offa’s Dyke near Chepstow and plans have been submitted to the local authority to develop horse care facilities and a visitor centre. The 86-acre site is now home to the previous SWHP equine residents and will offer additional new jobs, as well as the seven existing staff who have transferred there. 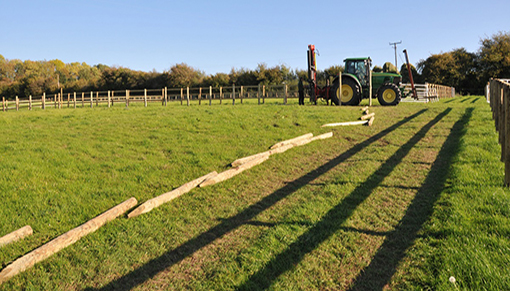 Redwings already cares for 1,500 rescued horses and donkeys across England and Scotland, with five visitor centres and several more closed sanctuary farms. The charity conducts rescues right across the United Kingdom, including Wales and Scotland, and also offers support to smaller horse charities in Ireland. Over the last 15 years, Redwings has been working particularly to improve the lives of hundreds of horses across Wales, including leading on a significant project to reduce the numbers grazing illegally on the Welsh commons, and in October 2013 the charity helped rescue over 300 horses and ponies from a site in the Vale of Glamorgan. The merger with SWHP means that Redwings is now responsible for over 2,000 rescued horses across the UK, including 700 living out in Guardian homes.

Chief Executive Lynn Cutress said: “SWHP is a charity we have admired and worked with closely for many years and a merger has been in the pipeline for a while so I am delighted that it has finally concluded successfully after a great deal of hard work. We have extremely strong links with Wales already and to be able to have a base so close by will really benefit the horses that need our help there.

"The merger process has been extremely time-consuming and we would like to thank the staff from both Redwings and SWHP for their hard work and cooperation throughout the process. It’s a privilege to be able to build on the amazing legacy of the MacGregors and the fantastic team they developed; and of course this merger will enable us to help even more horses in desperate need.”

SWHP Trustee Sian Lloyd said: “In line with the MacGregor's ethos, 'the horses come first', many hundreds have found wonderful homes and lead fulfilling and very happy lives, bringing a huge amount of joy to their keepers. We are enormously grateful to all our very dedicated supporters for offering homes to our equines which will continue under the stewardship of Redwings.

“Our charity would not have been able to flourish into the much respected charity it is today without our generous supporters, dedicated staff and teams of volunteers. Jenny and Alasdair wanted the charity to be secure and continue to flourish.  In merging with Redwings we hope their wonderful legacy will continue in protecting those abused and neglected equines.”

Job vacancies at the new site will be advertised at www.redwings.org.uk/work-for-us and we would also welcome applications from anyone interested in volunteering or continuing to volunteer for Redwings in Wales. Existing Guardians of SWHP will be contacted separately as your Guardianship agreement will continue as before but any questions about this or any element of the merger can be directed to info@redwings.co.uk.

The new Redwings SWHP site, near Chepstow, is not currently open to visitors. Details of future open days will be made available on our website.