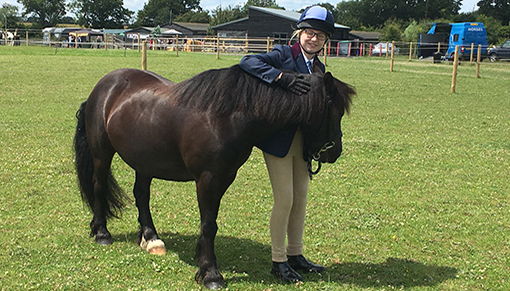 Non-ridden companions play an integral role in the wellbeing of horses in work; they can provide them with invaluable friendship when they are not being hacked, schooled or in competition and even act as calming travel buddies.

When you rehome from a registered charity like Redwings, you’re not only giving a second start in life to a rescued horse but you’re also providing space at the Sanctuary for another horse to be brought to safety. But with a companion, you’re also supporting a third horse – your existing four-legged friend!

Here we meet two rehomed companion ponies and hear the fantastic friendship they’re providing for fellow horses and the fun they’re having with their Guardians. 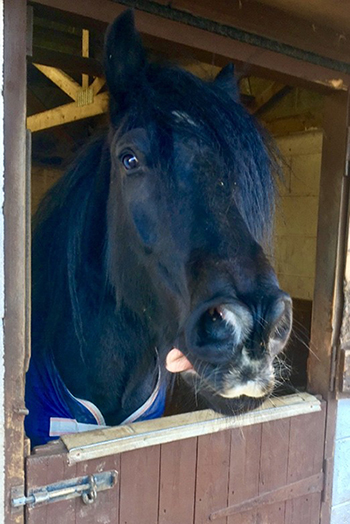 At 15.3hh, Cob cross Callisto (left) is perhaps not the typical horse that people think of as a non-ridden companion, but he was rehomed as just that in 2018 after lameness problems meant that he was unsuitable for ridden work.

He found his perfect match in Guardian Charlie who came to Redwings to look for a companion for her ex-racehorse Tara.

“I knew I didn’t have time to ride two, but I wanted another horse so that Tara could live out more, with company, which is what I knew would be best for her. Coming to a rescue organisation to rehome one seemed like the obvious thing to do, so I could give a horse a new start,” said Charlie.

“I was looking for something that could be a grazing companion for Tara so it made sense that it was a larger horse that would be more compatible with her needs as a thoroughbred, and Callisto fit the bill perfectly.

“He is known affectionately as the BFG (Big Friendly Giant) and he is such as funny, charismatic chap! Even though they may not be ridden, there is still plenty you can do with non-ridden companions to make sure they are well-handled and happy. Callisto gets handled frequently to make sure he is mentally stimulated and we lunge him occasionally, and overall we have been amazed by how adaptable he is!”

Native cross Blade (top image) was rehomed to his new family in 2018 to be a companion to their ridden pony Toddy. Blade had previously been ridden, but health problems meant he had to retire. However, that didn’t stop him finding a new calling in life – as a very important best friend!

His Guardian Tasha said: “Blade has had a very positive impact on us all in many ways.  When Toddy came to us, he was very unsettled and would spend most of the day pacing the fence in his field.  Within hours of introducing Blade to him, Toddy was a completely different pony. He didn’t pace and was much calmer and easier to handle, and they have remained best pals.”

However, Blade hasn’t just been an important companion, he has also struck up an important bond with Tasha’s oldest daughter Jess.

Tasha added: “Jess was a very nervous rider and eventually decided that riding wasn't for her, but she still loved being around the ponies.  Jess was still nervous handing and leading, but she struck up a partnership with Blade and now you would never know she had ever been anxious around ponies.

“She has so much fun with him, leading and grooming him and playing games with him.  She has even taken him to a few local shows and entered him in some In-hand classes and won a couple of them.  The big smiles as they came out of the ring says it all!

“When we become Blade’s Guardians we didn't realise how much we would benefit from it. Also, knowing we are providing a home for him and helping a great charity like Redwings, even in a very small way, is rewarding. Blade has buckets of character and always has us smiling and laughing at his antics.  He has certainly become one of the family!”

To find out more about rehoming a horse from Redwings, just click here.