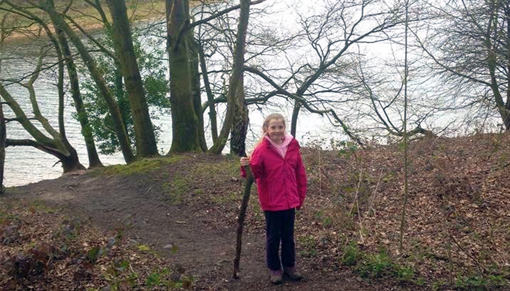 In the spring 2016 issue of Young Reds we announced the “Young Redwings Fundraiser of the Year competition”. This was open to anyone under 16 who raised money for Redwings last year and we were amazed by the inventive fundraising ideas of our young supporters, such as cake sales, bike rides, sponsored walks, an afternoon tea and a sponsored 5k.

The winner of the Most Money Raised prize went to ten-year-old Alycia Rae who raised a whopping £700 by holding a Dream Equine Donation Drive where companies, friends and family could either make a donation through her JustGiving page or donate an item directly to Redwings for us to use in our Sanctuary or to auction to raise funds for our horses.

An incredible 53 companies donated items including riding clothes, tack, brushes and vouchers for events such as the Olympia Horse Show. As well as auctioning lots of items we were also able to use some as tombola and raffle prizes.

We would like to say a huge thank you to Alycia for all her hard work!

The winner of the Most Original Idea prize goes to 11-year-old Sophie Wileman who walked an amazing 25 miles in four days. Sophie raised a fantastic £460 in sponsorship and we were very impressed that Sophie was willing to give up so much of her time in her quest to raise money for our horses.

A huge thank you goes to Sophie for her energetic fundraising efforts!

The total raised by the entries to the “Young Redwings Fundraiser of the Year competition” was over £2,600, which is just incredible! All the money raised goes towards the care of our rescued horses, ponies, donkeys and mules and will make a real difference to their lives.