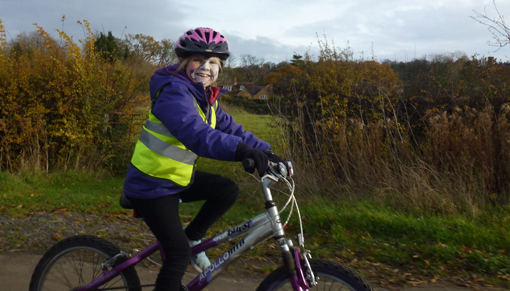 The ride, which was planned to be 10 miles, ended up being nearly 15 – quite a challenge for nine-year-old Sasha! And the route was made even harder as the area around Kineton where they live has quite a few hills!

But luckily, she had lots of support from her family. Sasha’s dad also completed the challenge and her mum and brother were their ‘support crew’, cheering them on as they went round. 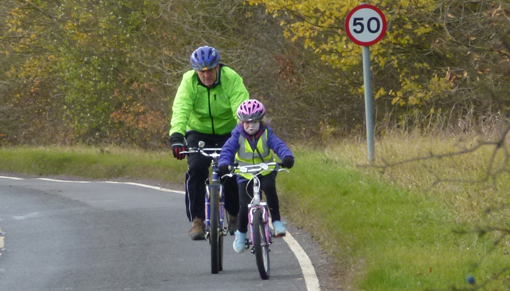 The pair also took a brief pit stop at Redwings Oxhill to drop off some carrots for our lucky residents, and where they could see how their hard-earned money would be put to good use.

Sasha told us she specifically wanted to fundraise for Redwings because “you look after horses so well and it means you can afford to buy things for ponies who wouldn’t otherwise have proper care”. Sasha has been a supporter of Redwings for several years now and sponsors Wensley because he’s “small like me!”

Not only did Sasha complete this challenge, she’s also been inspiring her friends by telling them about her ride in a Celebration assembly at school and hopes to do more fundraising for Redwings in the future.

Well done Sasha for being such a fab Redwings supporter!

If you’re under 16 and have raised money for Redwings in 2016, why not put yourself forward for the title of Young Redwings Fundraiser of the Year? There are two awards, one for Most Money Raised and one for Most Original Idea. Click here for details on how to enter – but be quick, the deadline is the end of December!