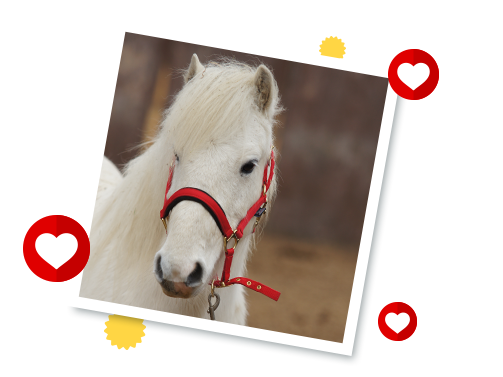 Dylan came to Redwings in 2003 after he was found, painfully thin, wandering the Welsh commons. He was born with a condition known as “locking stifles” which made it very difficult to move about to find food.

At the Sanctuary, he received all the extra special care he needed to live a happy and fulfilling life, and became an Adoption Star in 2004 when he moved to our Warwickshire visitor centre, Redwings Oxhill. After 14 years’ service, Dylan retired from the scheme in 2018 after he began to experience persistent and worsening lameness.

Very sadly, despite the best efforts of our vets, it became clear that we were no longer able to keep him comfortable and the heart-breaking decision was made to put him to sleep in January 2019.

Everyone was truly devastated at the loss of this treasured little pony. RIP Dylan, we will never forget you.