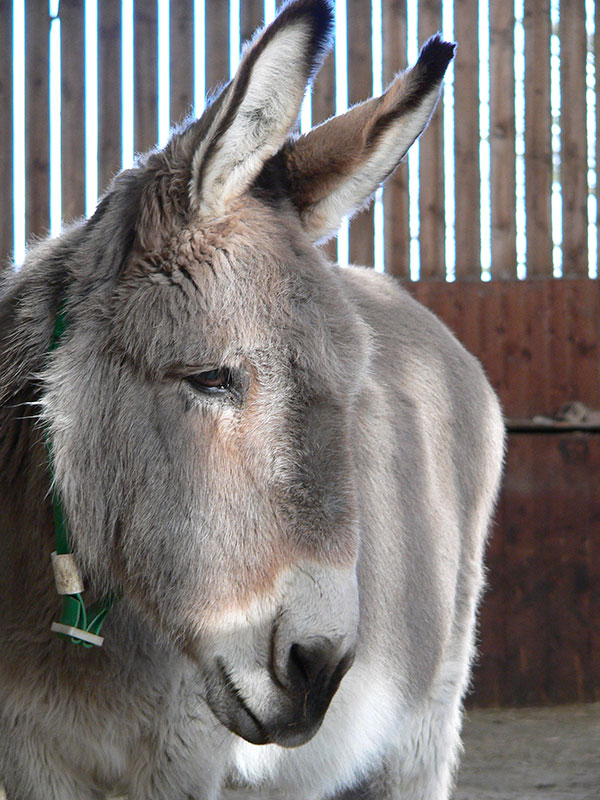 Lovely donkey Louie came to live at the Ada Cole Memorial Stables in 1983 when he was four years old. His previous owner had simply lost interest in him and Louie was showing signs of loneliness and neglect.

Louie soon felt better thanks to the Ada Cole team and was rehomed to a caring Guardian who had another donkey called Barney. Louie and Barney quickly became inseparable and the two pulled a small cart together around the area where they lived!

Years later, when Louie’s Guardian became too old and frail to care for the donkeys, Louie returned to Ada Cole and Barney came too! Donkeys bond very strongly and it would have been unkind to separate them. Louie became an Adoption Star, and he and Barney were a big hit with our supporters.

We unfortunately lost Barney in 2007 when he was 34 years old. Louie lived with his other donkey friends until he became ill in 2010 and we very sadly had to say goodbye to this elderly gentleman too.