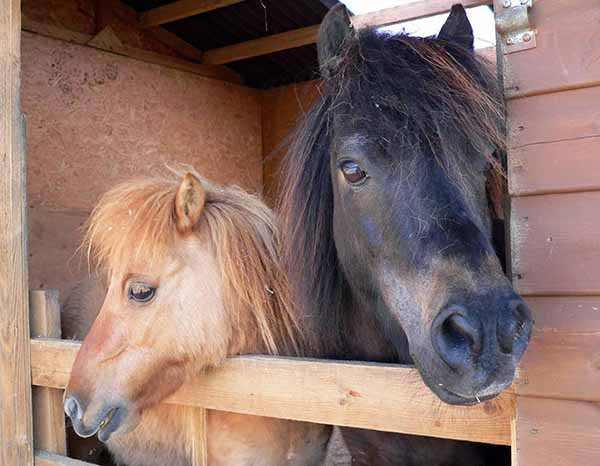 Adorable Harry Potter was one of 42 Shetlands rescued in 2002. The group had been living like wild ponies in Devon and Harry was a stallion with his own herd of mares and foals when he arrived!

Harry was not used to human contact when he was rescued but with careful handling he soon learnt to trust people and to enjoy a good fuss from his fans! He was never far from his best friend Frodo, who also came to Redwings as one of the Devon Shetlands.

Harry had a condition called recurrent airway obstruction (RAO), which affected his breathing – a condition similar to asthma in humans – and he sometimes needed veterinary treatment to help his lungs to function correctly.

Like many horses, Harry developed arthritis in his joints in later life and received medication to keep him comfortable. Arthritis cannot be cured however, and eventually the condition could not be managed and Harry began to show signs of being less happy in himself. We knew there was nothing else that could be done to help him and very sadly we had to say goodbye to this sweet chap in May 2014.