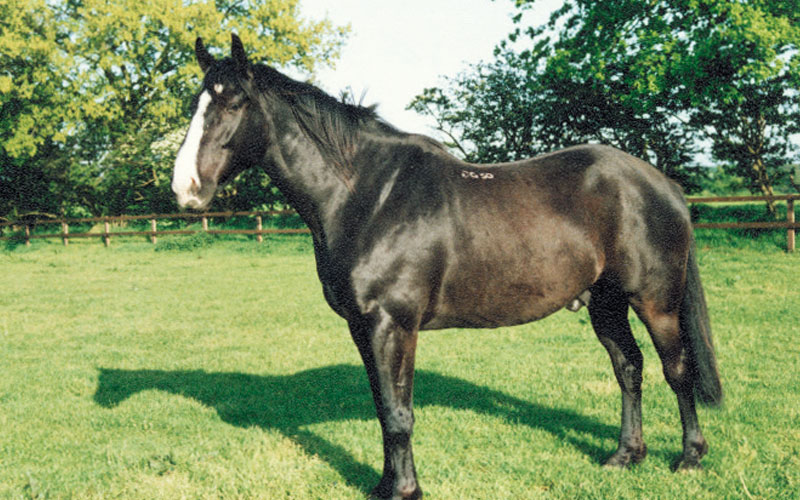 Albert, a handsome black cob, arrived as a helpless foal at Redwings in 1982. He was rescued from slaughter from the back of a dealer’s lorry after sadly losing his sight in one eye. Albert was a much-loved member of Redwings’ Adoption Club and he gained many adoring fans during his time on the scheme. Albert was known for his striking appearance and his glossy black coat.

After many happy and healthy years living at Redwings, Albert sadly passed away in 2002 as he had been suffering from severe peritonitis; an inflammation of the thin tissue that lines the inner wall of the abdomen. Albert was a true star and a wonderful horsey friend to his many fans; he’s missed by so many! We are very thankful that we were able to rescue handsome Albert when he was so young and provide him with many years of happiness at our Sanctuary.