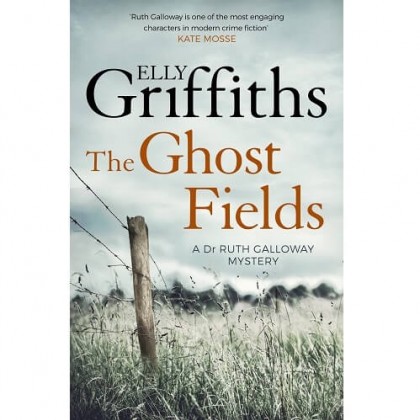 A bullet-ridden body is unearthed from a buried WWII plane. Dr Ruth Galloway must discover who the victim was – and who put him there.

When DCI Harry Nelson calls Ruth Galloway in to investigate a body found inside a buried fighter plane, she quickly realizes that the skeleton couldn’t possibly be the pilot. DNA tests identify the man as Fred Blackstock, a local aristocrat who had been reported dead at sea.

Events are further complicated by a TV company that wants to make a film about Norfolk’s deserted air force bases, the so-called Ghost Fields, which have been partially converted into a pig farm run by one of the younger remaining Blackstocks.

Then human bones are found on the farm and, as the greatest storm Norfolk has seen for decades brews in the distance, another Blackstock is attacked. Can the team outrace the rising flood to find the killer?