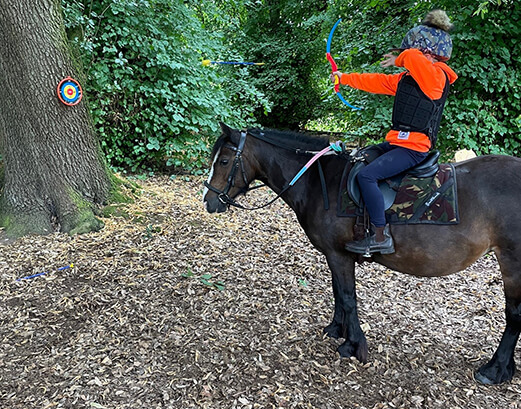 Redwings Woolly has been making the most of her summer holidays with her young Guardian Harry and has been turning her hoof to many adventurous activities.

Guardian Alison (Harry's mum) was proud to report the dynamic duo have taken part in Pony Club Camp, Woodlands Camp and then onto Equifest to try their hoof at some showing. Alison said: "She has gone from cross country, jumping and test riding to activities such as jousting and archery, polo, games then onto showing at Equifest. She is such an amazing pony." 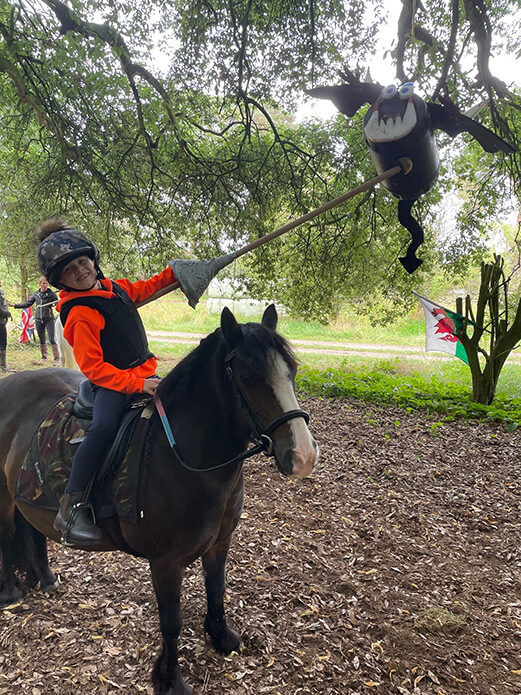 "At Equifest she took third in the Rescue class and second in the Lead Rein Rescue class with Harry which took them into the evening performance for the championship. She flew into the most beautiful trot, and of course was amazing even in such a different environment with lots of clapping, music and lights. Harry said he is so proud of his pony!" 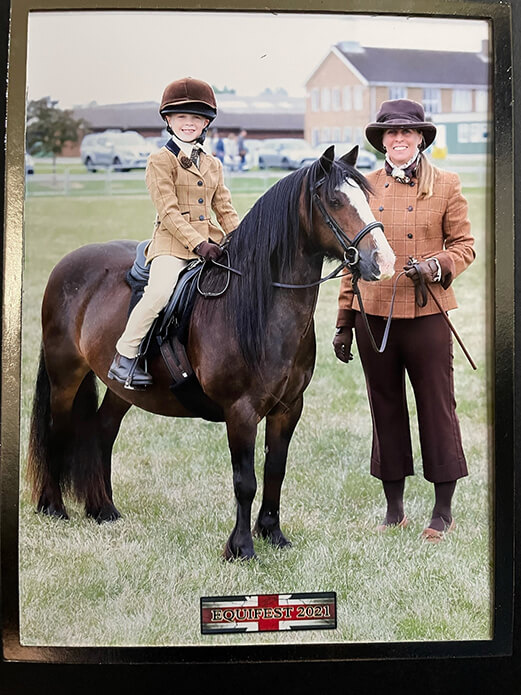 Life as a fun-loving steed couldn't be further from the circumstances of Woolly's rescue. Rescued in 2009, with 10 other cobs, from a site in Rickmansworth after they were abandoned, Woolly was in such poor condition she had to be taken to a local veterinary parctice for emergency treatment until she was strong enough to travel to Redwings.

As the group had not received even the most basic care, they were all in a poor condition, very underweight and suffering from lice, which was treated on arrival at Redwings. Woolly was a Body Condition Score of just 0.5 (an ideal Body Condition Score is 3) and was very weak. As she was clearly malnourished she was given feed, as well as vitamin and mineral supplements, following her arrival to help her regain some condition. The group were also treated for liver damage, which was believed to be a complication caused by their high worm burdens. Sadly their formerowner was never traced.

Popeye has been rehomed with Alison for 15 years and, now aged 23, he is a proud happy hacker with a very important job, as Alison explained: "Pops loves a plod around the woods to keep the ponies in tow. He helps me exercise the ponies whilst the kids are at school. I ride him and lead Woolly or our other pony Fred, and Pops will happily walk, trot and canter with a pony in tow which is such a help! He's so great!" 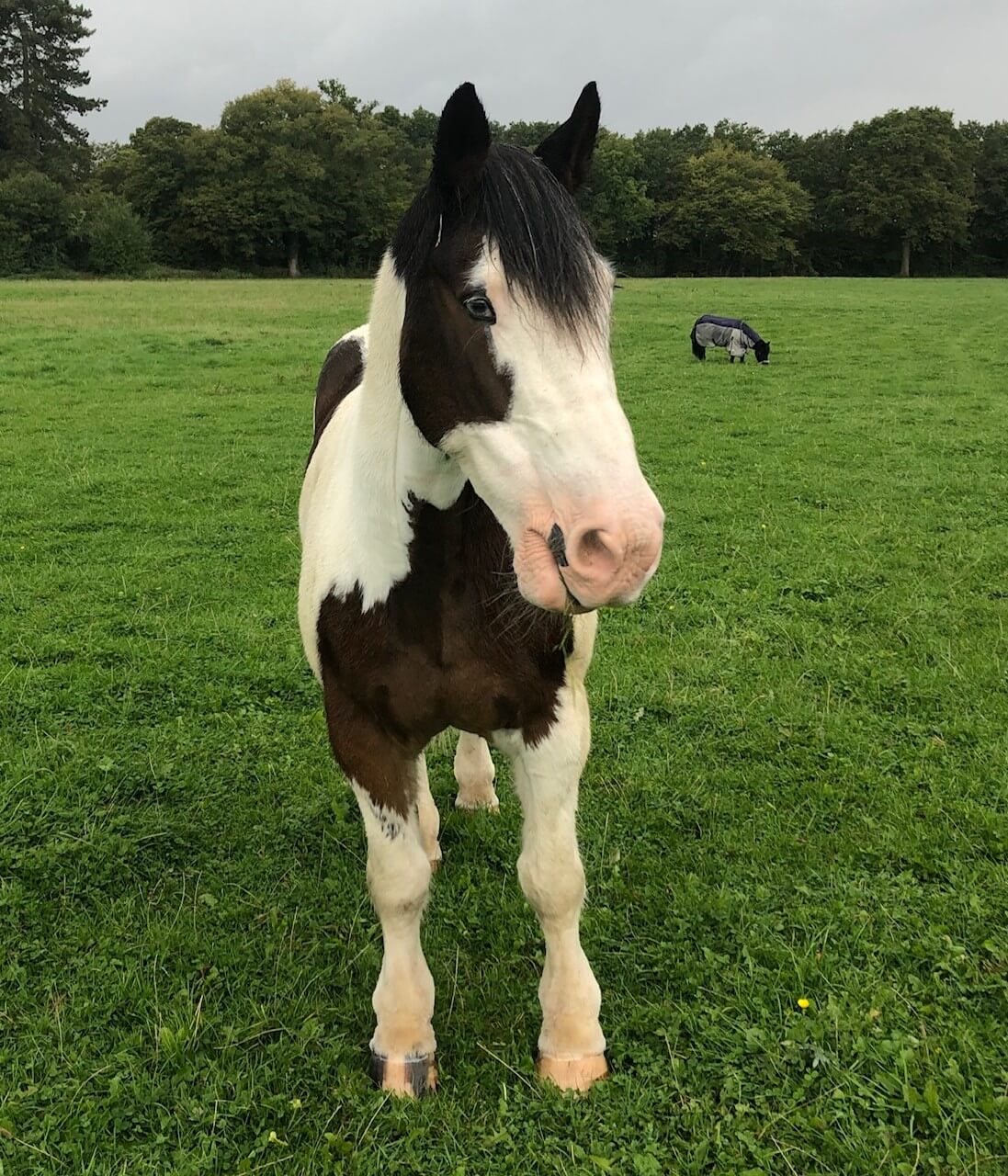 If you'd be interested in rehoming a rescued horse or pony from Redwings, you can find out more about our Guardianship Scheme and the residents currently looking for new homes by clicking here.