Looking for answers to concerns or queries about fly-grazing and the UK horse crisis? Look no further:

Fly-grazing is the deliberate grazing of a horse without the landowner’s (private or local authority) permission.

How does it differ to abandonment?

Abandonment is where a horse is deliberately left by an owner. Horses that are fly-grazed may become abandonment cases if they are left for a period of time that risks unnecessary suffering or if an owner does not come forward to claim them when given notice to do so. 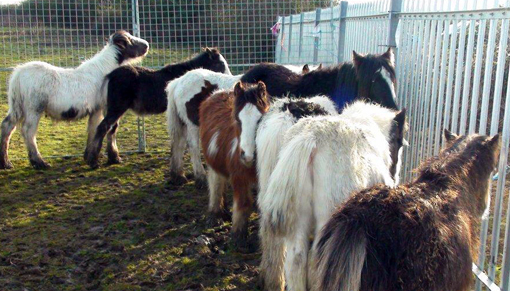 Why is fly-grazing a problem?

Fly-grazed horses are often left to fend for themselves without sufficient shelter, water and forage, which also increases their risk of preventable illness.The horses are also often unhandled and breeding is uncontrolled, which in turn places greater demand on resources.

Fly-grazing occurs in areas where there may not be suitable security to prevent horses straying, so as well as causing problems for the landowner in dealing with unexpected and unwanted horses on their land, it can even risk public safety.

How does fly-grazing affect me?

Fly-grazed horses pose a real risk to public health; whether wandering onto roads due to being grazed on land with inadequate fencing or breaking through the boundary having been kept on land with insufficient food and water, traffic accidents caused by straying horses have devastating effects. Horses may also be left to graze in public spaces making footpaths, play areas and nature reserves unusable. We’ve even heard of horses being grazed on a school playing field!

Did you know if you find a horse on your land – whether farm land, livery yard or your back garden – and cannot trace it to an owner, you are legally responsible for ensuring the welfare of that animal? Providing food, water, shelter and veterinary care places an unwarranted financial burden on victims; although some or all costs incurred can be reclaimed. Find out what to do if you find a horse fly-grazed on your land here.

Finally, tax payers are footing the bill for fly-grazing. In our report, produced with rural organisations and fellow welfare charities, Stop the Scourge, 71 per cent of local authorities surveyed in May-June 2014 said fly-grazing was a problem in their area (ranging from moderate to severe); 65 per cent of which admitted to spending up to £20,000 on tackling the problem and 5% £60,000-100,000. 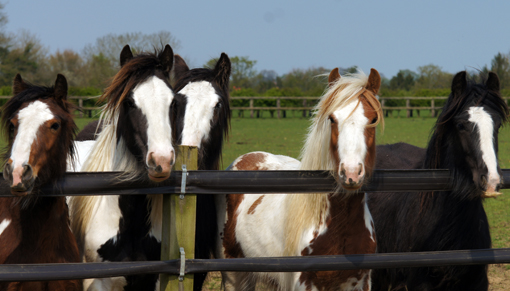 What is the Control of Horses Act?

The Control of Horses Act (Wales, 2014, and England, 2015) is a new law under which local authorities and landowners can seize illegally grazed horses within a reduced timeframe. Owners of fly-grazed horses have four working days to find alternative grazing.

After issuing a four-day abandonment notice, if no owner comes forward to claim the horses, ownership is transferred to the landowner who has various options for securing their future, including rehoming to charities, selling the horse, or should there be no alternative, humane euthanasia. Advice and guidance on use of the Control of Horses Act available here.

Redwings first flagged a rise in abandoned horses in our 2010 year-end report where the number of calls to our welfare line had risen by over 50%.

We then brought the issue to the fore in 2012 having identified an ever-growing problem with fly-grazing in South Wales. Early that year, we helped local authorities in Cardiff and the Vale of Glamorgan to round up and relocate 220 horses and ponies – including our 80s group, found illegally grazing on Cardiff Airport.

Reports of abandoned horses to our welfare line continued to rise year-on-year, peaking at 806 calls in 2013.

The situation in South Wales inspired calls from welfare charities, rural organisations and local governments for tougher laws on the unlawful grazing of horses, and consequently the Control of Horses Act (Wales) was introduced January 2014.

With your support, Redwings, together with the coalition of animal welfare charities and rural organisations, campaigned for the same legislation to be brought into force for England as inspired by MP for York Outer Julian Sturdy. The Control of Horses Act (England) was successfully passed into law in May 2015.

What do I do if I become a victim of fly-grazing?

Click here to read our guidance on what to do if you find a horse fly-grazed or abandoned on your land.

What do I do if I cannot find grazing for my horse?

The British Horse Society have an index of approved livery yards up and down the country, click here to find out more.

Alternatively, UK Land and Farms is a place to go to look for pasture and grazing land to rent.