Thank you for supporting the Control Of Horses Act 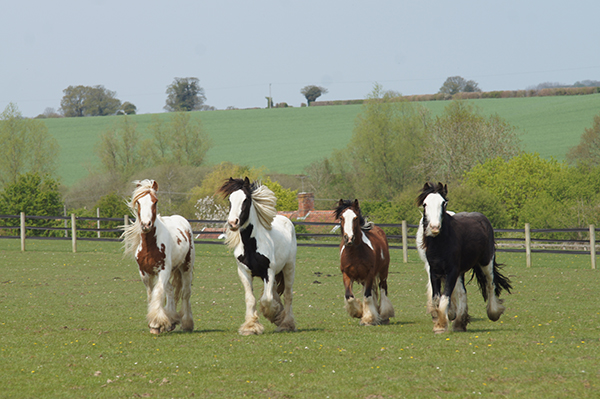 On 26th May 2015, the anti-fly-grazing bill for England passed into law following three years of campaigning by Redwings and a coalition of animal welfare charities and rural organisations – and we’d like to thank you, our supporters, for your help with the campaign.

The Control of Horses Act, introduced by MP for York Outer Julian Sturdy, completed its journey through the House of Lords in March 2015 and has been supported through every stage by a coalition of animal welfare charities and rural organisations including Redwings, the RSPCA, British Horse Society, World Horse Welfare, the CLA, Countryside Alliance and the NFU.

Similarly to the Control of Horses Act (Wales), which came into effect in January 2014, this new legislation gives greater powers to local authorities in England to seize illegally grazed horses. Under the new law the lengthy and expensive process of removing the horses for the landowner is also significantly reduced; authorities will be able to take action after four days rather than the previous two-week minimum. They will also have a wider choice of options to secure the future of the horses, including rehoming to charities, instead of them simply being sold at public auction as was the case previously.

Redwings first flagged the issue of fly-grazing in 2012 and since then we have been campaigning to raise awareness of the illegal practice. We also encouraged our supporters to write to their local MPs to back the new legislation.

Fly-grazing can cause serious problems not just for the horses themselves, but also for landowners where it can greatly affect their livelihood. It can even threaten the safety of the public.

More often than not, fly-grazed horses are left to fend for themselves on land with insufficient shelter, water and forage, thereby heightening the risk of serious (and preventable) illness.

Furthermore, the horses are often grazed on land without a suitably fenced perimeter leading to tragic incidents of animals escaping onto busy roads and motorways. We therefore believe the swift progress of the Control of Horses Act for England is a significant move in improving horse welfare, protecting landowners, reducing risk to public health and deterring irresponsible owners – and our supporters have had a significant part to play in the success of the new legislation becoming law.

If members of the public are concerned about fly-grazed horses in their area, they are advised to contact their local council or the landowner. Our welfare team are also on hand to offer advice and receive reports of welfare concerns, call 01508 481008 or email welfare@redwings.co.uk.