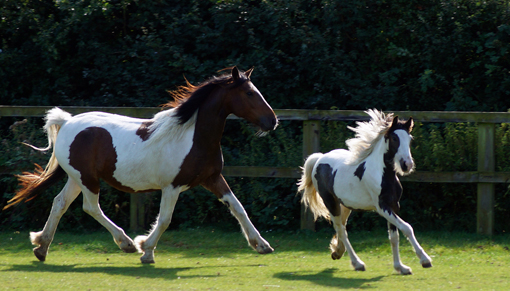 On Thursday 1st December 2016, a father and son were banned from keeping horses having previously (20th October 2016) pleaded guilty to charges of causing unnecessary suffering to 20 horses at their Norfolk-based sanctuary, Rainbow Meadows.

Since opening Rainbow Meadows (based in Foulsham) in 2013, both men have failed to act on advice offered by our vets and field officers, and by Trading Standards Officers.

The pair failed to provide basic care for the horses in their care and failed to comply with legal improvement notices served on them under the Animal Welfare Act 2006. They have also previously had horses removed from Rainbow Meadows and rehomed to other animal charities in Norfolk.

Twelve of those seized were rehomed to Redwings and as they were rescued during the festive period named them after the “Twelve Days of Christmas” carol, while World Horse Welfare offered a home to eight. Very sadly, in March this year Lady was put to sleep due to chronic lameness.

At Norwich Magistrates’ Court on 20th October 2016, the two defendants pleaded guilty to eight charges of causing unnecessary suffering to twenty horses by failing to provide an adequate diet, provide parasite control and failing to address the causes of poor body condition. They also pleaded guilty to a charge of failing to take reasonable steps to protect 7 horses from pain, suffering, injury and disease.

At the sentencing hearing, the father was sentenced to 15 weeks in prison translating to a 12 months suspended sentence. The judge disqualified him from keeping all equine and cloven hoofed animals for life.  He also has to pay a total of £415 in costs. His son was banned from keeping equine and cloven hoofed animals for 10 years and has to pay £296 in costs. 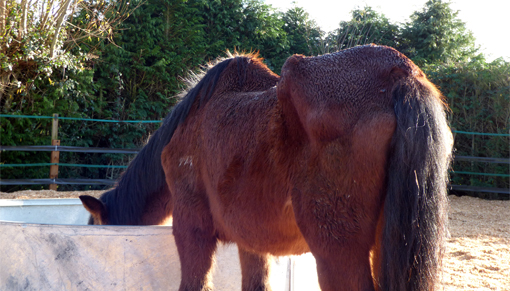 Commenting on the case, our Chief Executive Lynn Cutress said:

“For the horses who have endured such unnecessary suffering, we are pleased with the guilty verdict of their owners and that justice has been served. For this type of neglect to have occurred at a place that called itself a ‘sanctuary’ is unfathomable.

“Our attending veterinary surgeon and senior field officer said this was one of the worst cases they had seen and the difficult rescue operation took over 12 hours to complete. For the twelve horses and ponies taken into our care at Redwings the road to recovery has been a difficult one, which only emphasises the extent of their previous neglect, but we’re delighted that we were finally able to offer them that place of sanctuary they so rightly deserve.”

"Norfolk County Council Trading Standards always treats any incidents where commercial animals are caused unnecessary suffering extremely seriously. We hope that the sentences imposed in this case will send a clear message to animal keepers, ensuring they adopt good standards of animal husbandry and do not allow their animals to suffer.”

“I would like to thank Redwings Horse Sanctuary and World Horse Welfare for the help they have provided throughout our investigation, including caring for the horses once they had been seized. Without this generous support, our service would have found it difficult to cope with relocating the number of animals involved.” 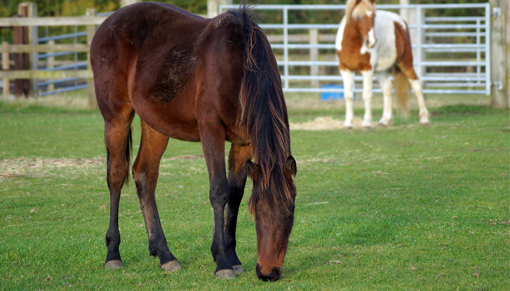 When donating to Redwings you are helping us provide a place of safety for horses in need just like Dancer (top) and Lord Leap (pictured above). It is thanks to our supporters that our vets and field officers were able to rescue this group and assist in bringing their owners to account. If you would like to support our work and the care of our rescued horses, please give whatever you can below.

UPDATE: On 22nd and 23rd October 2018, the father pleaded guilty at Norwich Magistrates' Court to breaching his lifetime ban from keeping all equine and cloven hoofed animals by participating in the keeping of a pony between 21st May 2017 and 9th August 2017. He was given a further lifetime ban which prevents him from owning, keeping or participating in the keeping of all animals, with the exception of dogs. It also prohibits him from dealing, transporting or arranging to transport animals.