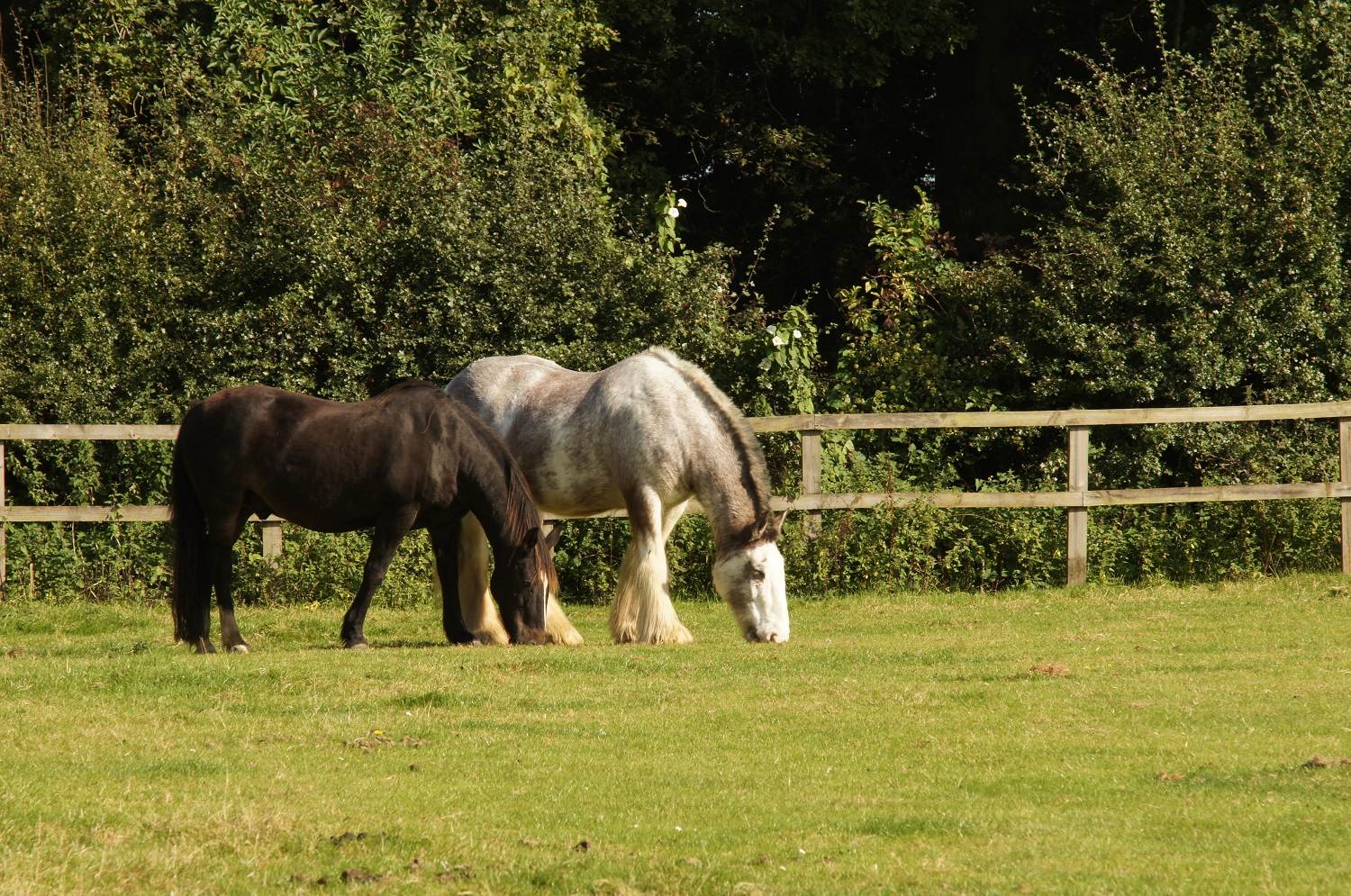 Bay cob Oliver (pictured above left) had lived with blind Clydesdale cross Boo near our horse hospital in Norfolk.

Oliver, who was 28 and had lived at Redwings since 1992, formed an immediate bond with sweet-natured Boo when he arrived in 2009 having survived a shocking attack.

Boo, 19, who has previously lost one eye to cancer, was shot at point blank range which resulted in the loss of his remaining eye.

Sadly, no-one was ever prosecuted for this despicable act of cruelty but Boo was welcomed in to the Sanctuary where he could receive the specialist care he would need for the rest of his life.

Loyal Oliver became Boo’s most trusted friend, guiding him around their field and accompanying him for every veterinary check-up, helping him rebuild his confidence and giving him the new lease of life he so desperately deserved.

The pair remained inseparable until the morning of 6th October 2016 when, tragically, it was discovered Oliver was suffering from a severe impaction colic and was in a lot of pain. Due to his age, surgery was not an option and the heart-breaking decision was taken to put Oliver to sleep to save him from further suffering.

Boo stayed by his side.

Since Oliver’s passing, the vets have been closely monitoring Boo and he has been introduced to a new companion, a piebald cob called Flynn, also 19, who is helping him come to terms with his loss.

The pair are currently getting to know each other in the stables at the Redwings horse hospital and initial signs suggest that the two are striking-up a new, close friendship.

Lynn Cutress, Redwings’ Chief Executive, said: “Oliver was not just a beloved member of the Redwings family for almost 25 years, but he was also a hero. When poor Boo’s world was turned upside down, Oliver gave him a reason to trust again and a chance to enjoy a new life at the Sanctuary.

“We’re very happy and relieved to see Boo recovering from his loss and adjusting to his new companion so positively and we hope Flynn will become just as good a friend to Boo as Oliver had been for so long. Nothing will ever replace Oliver of course, and he will be greatly missed by all who knew him.”

The Redwings veterinary team will continue to give Boo all the extra love and specialist care he needs as he builds his new relationship with Flynn.

If you would like to make a donation towards Boo’s care or as a fitting tribute to Oliver, please call our team on 01508 481000 or email info@redwings.co.uk