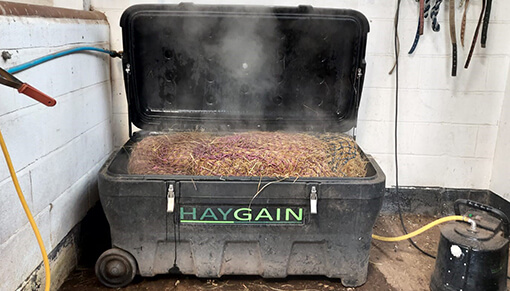 We’d like to say a big thank you to Haygain for the very kind donation of one of their hay steamers.

The Haygain HG 2000 steamer is now in use at our Horse Hospital in Norfolk. It is designed to get rid of airborne dust in hay which can help and prevent chronic respiratory problems in horses.

At Redwings, it’s also proved a hit with our fussy eaters!

Talita Arantes, our Norfolk Operations Manager, said: “While trialling, testing and training with the steamer, we offered the steamed hay to some fussy eaters who were in vet care and they immediately ate it.

“I remember one of the ponies was in vet care for a while for some dental work and he was being rather fussy, even with haylage and soaked feeds. I asked our Yard Coordinator if I could offer him some of the steamed hay and they said, ‘You can try but he has been fussy lately so I doubt he will want hay’ and to our surprise he happily munched on it!’

Thank you Haygain for your generous donation #RedwingsAngels 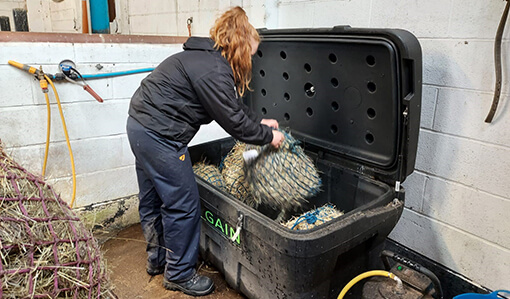