Rock out with birthday boy Elvis! 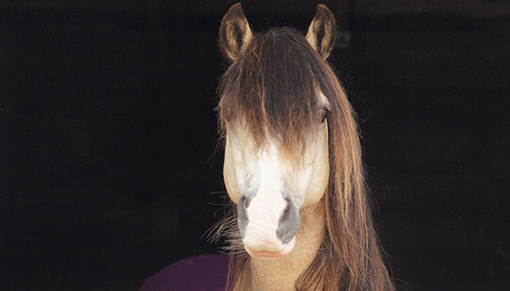 Our very own rock star pony Elvis will be taking centre stage at Redwings Ada Cole on Sunday 2nd July when he’ll be celebrating his birthday!

Handsome Welsh pony and Adoption Star Elvis, famed for his striking colouring and legendary quiff, will be turning 11 with a special party and everyone's on the guest list!

From 11.30am, partygoers will be able to watch Elvis have his hair styled to perfection before he gets to strut out in front of his adoring fans, enjoy lots of cuddles and scratches, and pose for selfies!

He’ll also be treated to a scrummy birthday cake, while there’ll be party games to play, a quiz trail to enjoy and the chance to meet our cheeky mascot, Red.

Elvis has been cared for at Redwings since 2011 alongside his best mates (and roadies!), aptly named Presley and Tennessee. The gang were among a large group of malnourished ponies from Wales who were signed over to us after their elderly owner was unable to look after them properly.

Having been temporarily rehomed to a loving Guardian family, Elvis returned to live permanently at Redwings Ada Cole due to problems with his eyesight. However, his super-friendly personality and love of attention soon won him a legion of admirers and saw him named as an Adoption Star.

After spending time with the birthday boy, why not take the opportunity to meet some of the other 70 adorable rescued horses, ponies, donkeys and mules who call Redwings Ada Cole home?

There are also warm drinks and tasty snacks available in our Nosebag Café, plus an on-site gift shop offering a wide range of souvenirs.

Redwings Ada Cole, near Harlow, is open every Friday, Saturday, Sunday and Monday, 10am to 4pm (closed Tuesdays, Wednesdays and Thursdays). Entry is free and dogs on leads are welcome.

We hope to see you there!