It's a Redwings hat-trick at the Aylsham Show 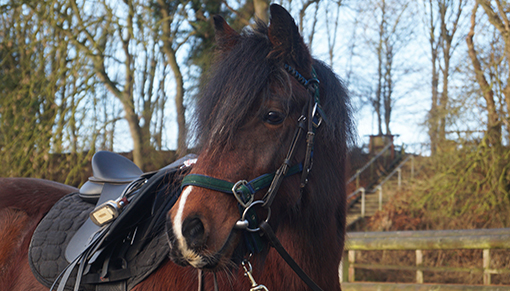 Rehomed rescued ponies from Redwings were awarded the top three places in the Best Ridden Rescue Class at this year's Aylsham Show.

In a touching display of what rescued horses can achieve in nurturing homes, New Forest pony Redwings Fern took first place in the popular ridden class, followed by Welsh pony Redwings Thyme in second and cob Redwings Benson in third. Pretty Fern also took home the top prize in the Plaited Show Pony Class and second in the Angels on Horseback Class.

Thirteen-year-old Fern arrived at Redwings in 2005 with her mother Forest when she was just three-months-old and suffering with an eye condition. At the Sanctuary, Fern received the veterinary treatment she needed and grew into a friendly pony - and an ideal candidate for the charity’s rehoming programme.

She went on to find a new home with her Guardian, Danielle Pye, in March this year.

Danielle, whose five-year-old son Jayden rode Fern at the Aylsham Show, said: “When we won, I was brought to tears - I was that proud of both of them. Fern behaved impeccably all day and Jayden rode her brilliantly. This is the first big event he’s been to with Fern, but they both took it in their stride and stole the show!”

She added: “Fern is such a lovely pony – we’ve really enjoyed getting to know her. She always trots over to Jayden when she sees him and loves to play and be fussed over.” 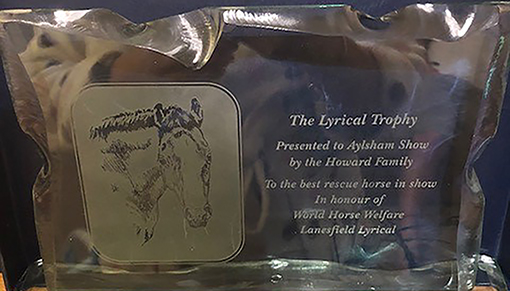 Runner-up Thyme arrived at Redwings in 2004 with a large group of feral ponies rescued from an area of common land in Wales where grazing had become severely limited due to overbreeding.

Her Guardian, Samantha Hayes, who has cared for Thyme for seven years, said she is part of the family: “She is an absolute pleasure. We could not have asked for a better pony. She has been ridden by both my daughters and now they’re all grown up, we have a lovely little girl ride her. Thyme will always be with us – she’s a part of the family.”

Handsome Benson has lived with his Guardian, Sharon Pye, for 12 years. He was taken in by Ada Cole Memorial Stables (before the charity merged with Redwings Horse Sanctuary) in 2003 from a fellow welfare organisation that needed help in rehoming some of its horses.

Commenting on the Aylsham Show, Sharon said: “It was a wonderful day for us, and for Redwings! Benson has retired from jumping now, and instead has turned into a dressage diva and loves shows. It goes to show that rescued horses and ponies can do just as well as any other horse or pony.”

Rachel Angell, Redwings Rehoming and Operations Manager, said: “We’re delighted to hear of the successes of our Guardians and rescued ponies at this year’s Aylsham Show. For Redwings’ ponies to take the top three places in the Best Ridden Rescue Class is really special and shows the fantastic progress rescued horses and ponies can make with loving and encouraging Guardians.”